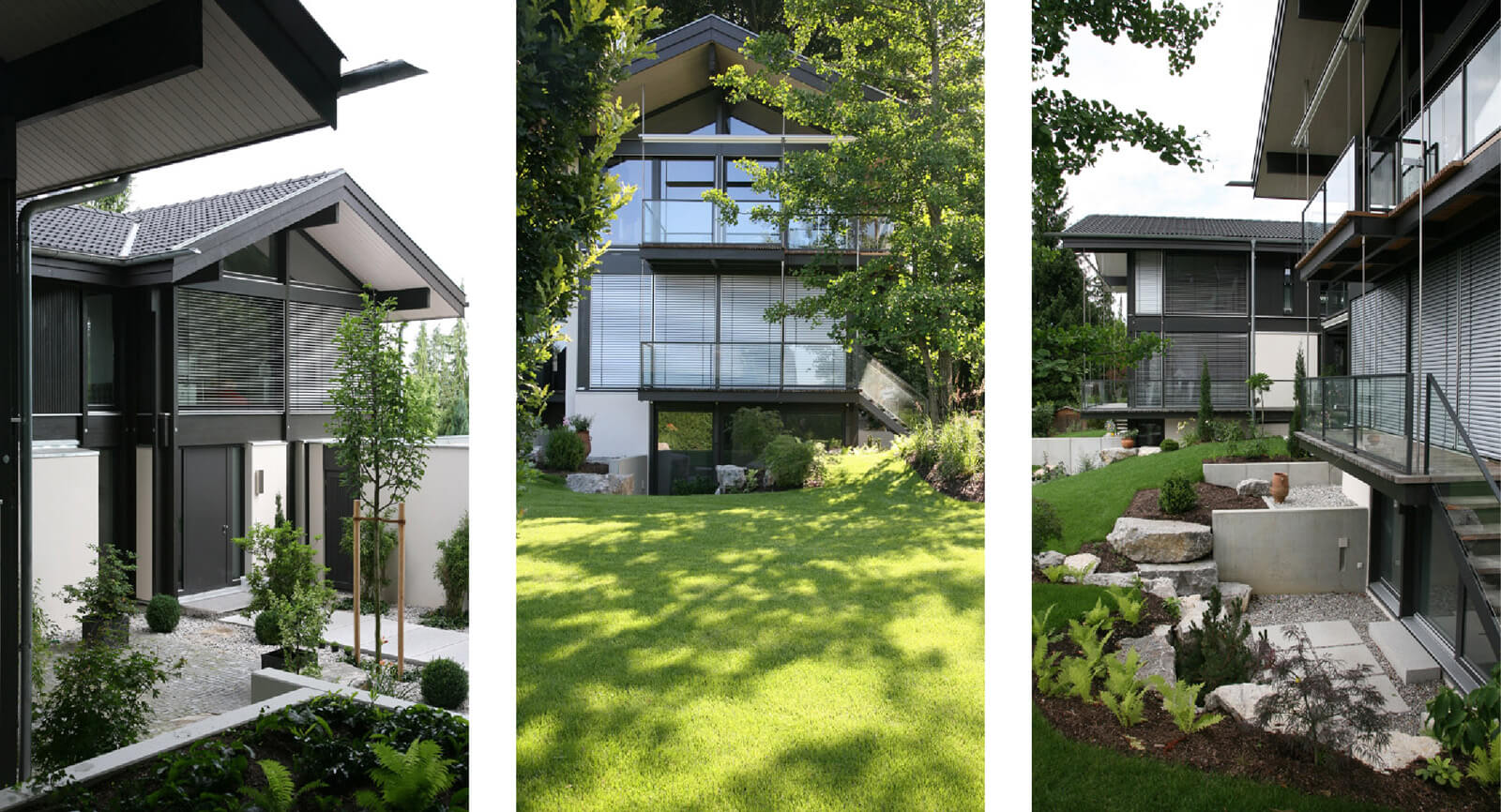 Our clients are a German media manager with his wife and an entrepreneur in the service industry, who they were good friends with. Consequently, what was requested were two residential buildings as independent of each other as possible and each with a double garage and a separate protected garden area.

The desire to achieve the best and highest possible usage of the expensively acquired plot of land represented a real challenge in the process of obtaining a building permit. After tough battles with officials and neighbours, in the end the permit was granted.
The design-based solution of the task consisted in the planning of a two-storey building in the shape of an H. The longitudinal wings were placed next to each other in such a way that the entire structure is aligned to the southwest in the direction of the nearby lakeside region. The premises are accessed by way of a dead-end road that opens into a common fountain courtyard with two double garages. From here each of the two houses can be reached via small, private entrance courtyards as well as through the garages.

In the floor plans, both houses were intended to have three floors and were designed according to the specifications of our clients explicitly to be very unconventional. The larger house, which is in the north wing and in the connecting building, has two broad open spaces between the ground floor and the first floor. On the upper floor these are formed into galleries with working areas and a library. Each of the two large sleeping areas to the east and west is furnished with a separate interior bathroom. The open-plan kitchen with a kitchen island in the middle and a large dining table is located on the ground floor of the connecting building. In front of this a covered outdoor terrace in the form of a loggia is attached to the building to the west, and to the east there is an atrium with a fountain complex. On the upper floor there is a library with a terrace extending outwardly to the west.
The smaller house in the south wing has a special feature. The kitchen with the living and dining area is located on the first floor. The plan called for placing it there as an altogether open room with a large open space looking down onto the ground floor. The reason for this design approach is the view of the lakes and the landscape which you can experience from this floor. Accordingly, the bedrooms and a central entrance hall which opens up to the first floor are located on the ground floor.
Both buildings have on the hillside floor a wellness spa with a protected garden courtyard in front of it. 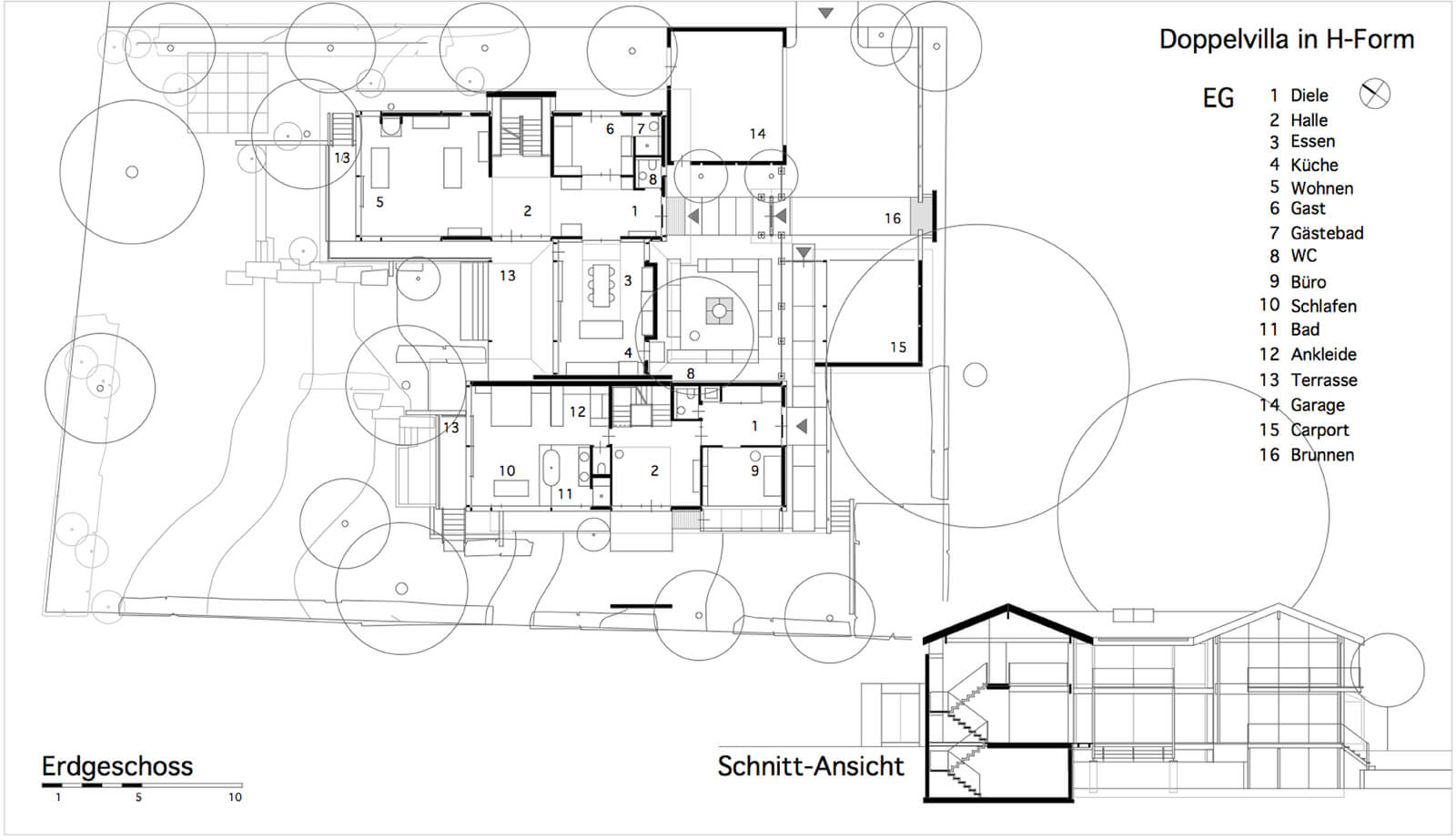 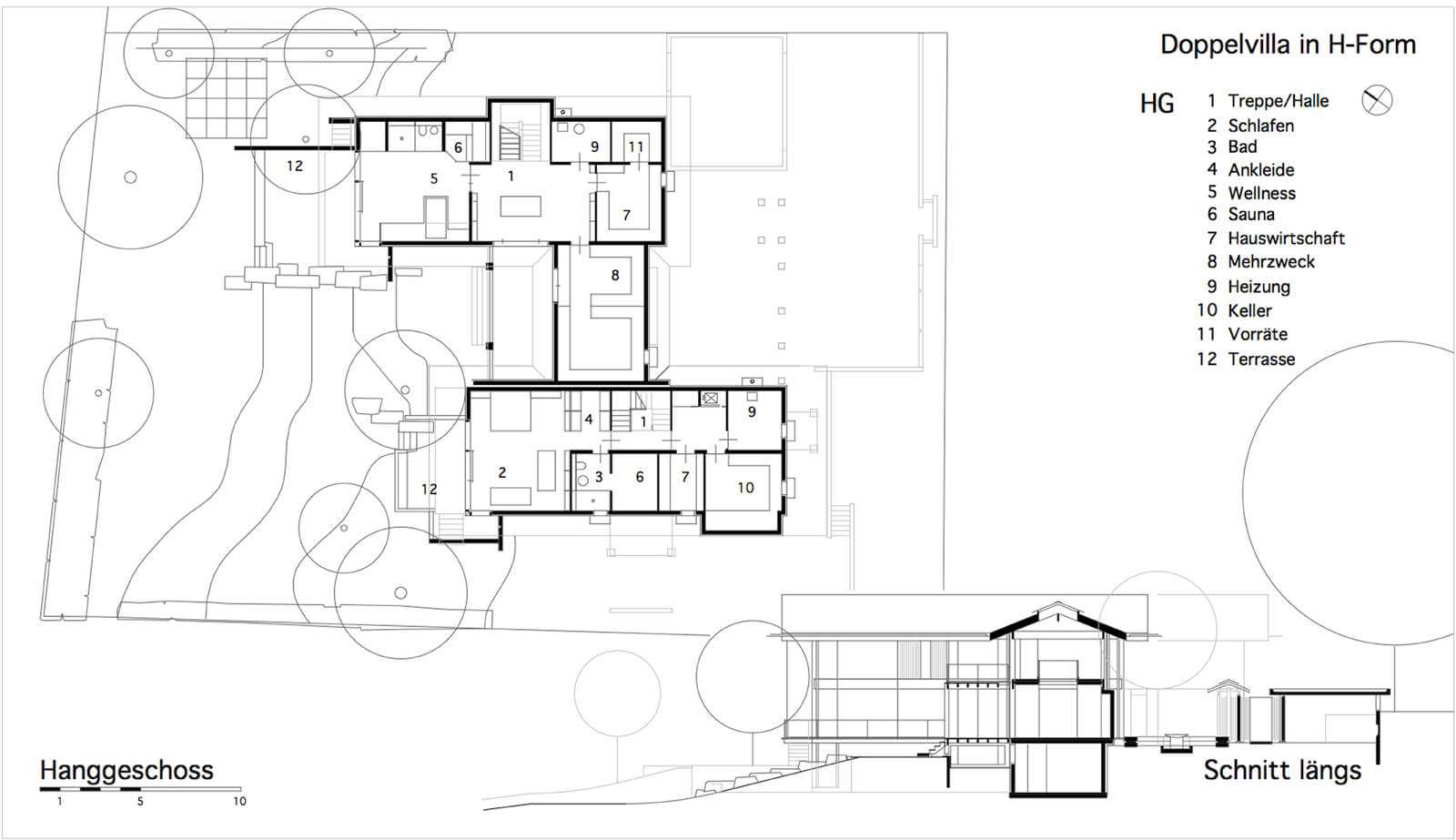