The preliminary study presented on the following pages evolved from a concrete project for a larger residential building located in the south of England. This project, which was to be realised on a plot surrounded by almost continuous picturesque terracotta walls two to three metres high, was both a challenge and an opportunity for creative work. Because the plot, together with the garden and the ground floor, could therefore not been seen from the outside, the goal of the planning was to develop spatial connections that were even more open than we are accustomed to designing. After viewing the astounding results of our first designs, we decided to further develop the structure we found for the construction and apply it for the general design. 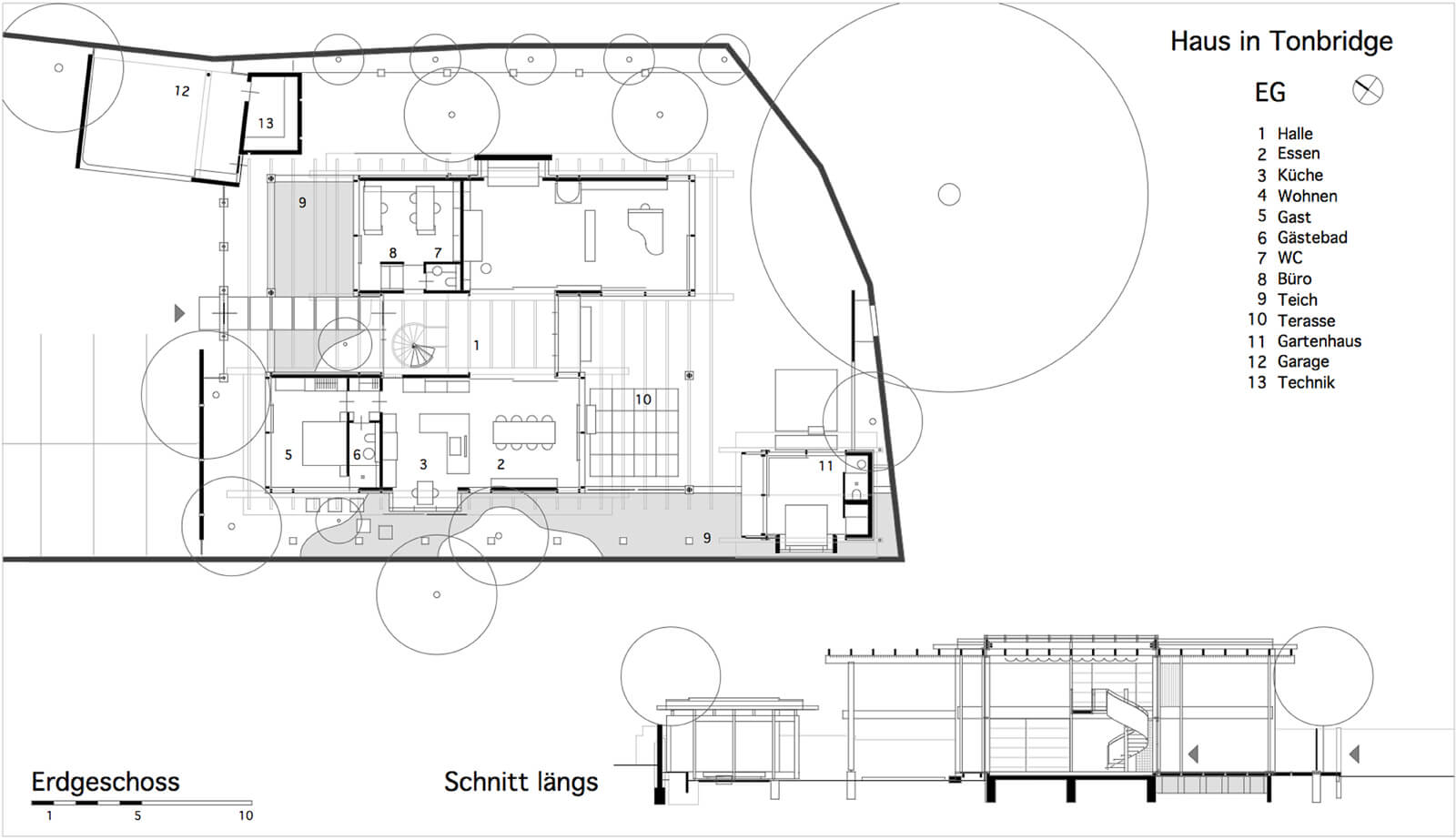 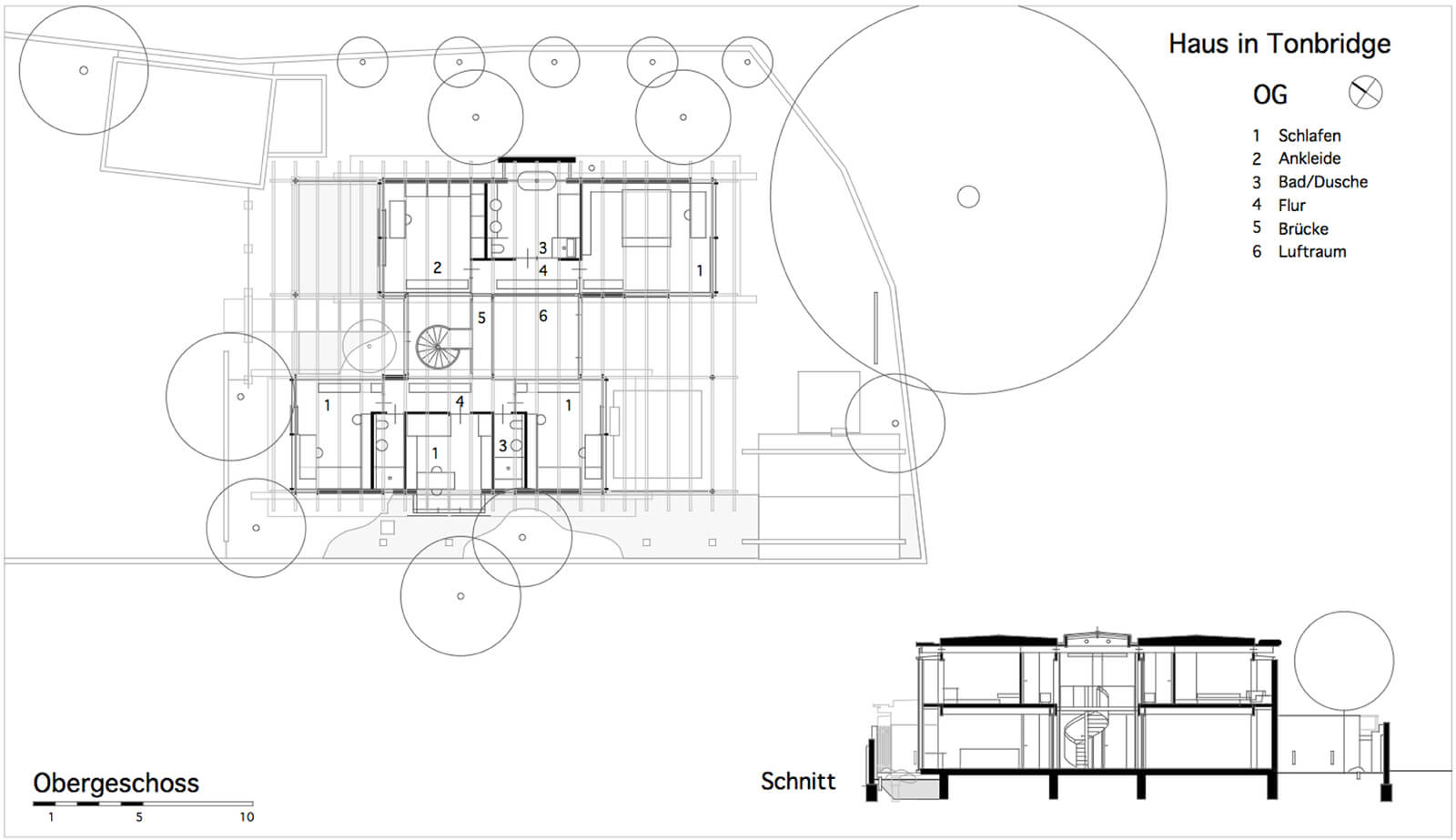 The design of the floor plans also has a very simple structure. It is defined by a centrally positioned hall that extends over each of the two floors and by loggias, which are covered by a pergola. Attached to these are two two-storey wings to the east and west.

The house can be accessed by way of the middle section with its central spiral staircase. Adjacent to this is the combined living and music room as well as a workroom in the east wing, and an open kitchen and dining room combination together with a guest apartment in the west wing. The living and dining areas and the hall open to each other through a total of four wide, ceiling-high sliding doors.

Located in the east wing of the first floor is the master bedroom suite with a bathroom, a dressing room and a gallery, and in the west wing there are two children’s rooms with two bathrooms and an additional gallery. The galleries in both areas are connected by means of a bridge. Nearly all of the bedrooms are orientated towards the garden, but at the same time also towards the hall or the large loggias. 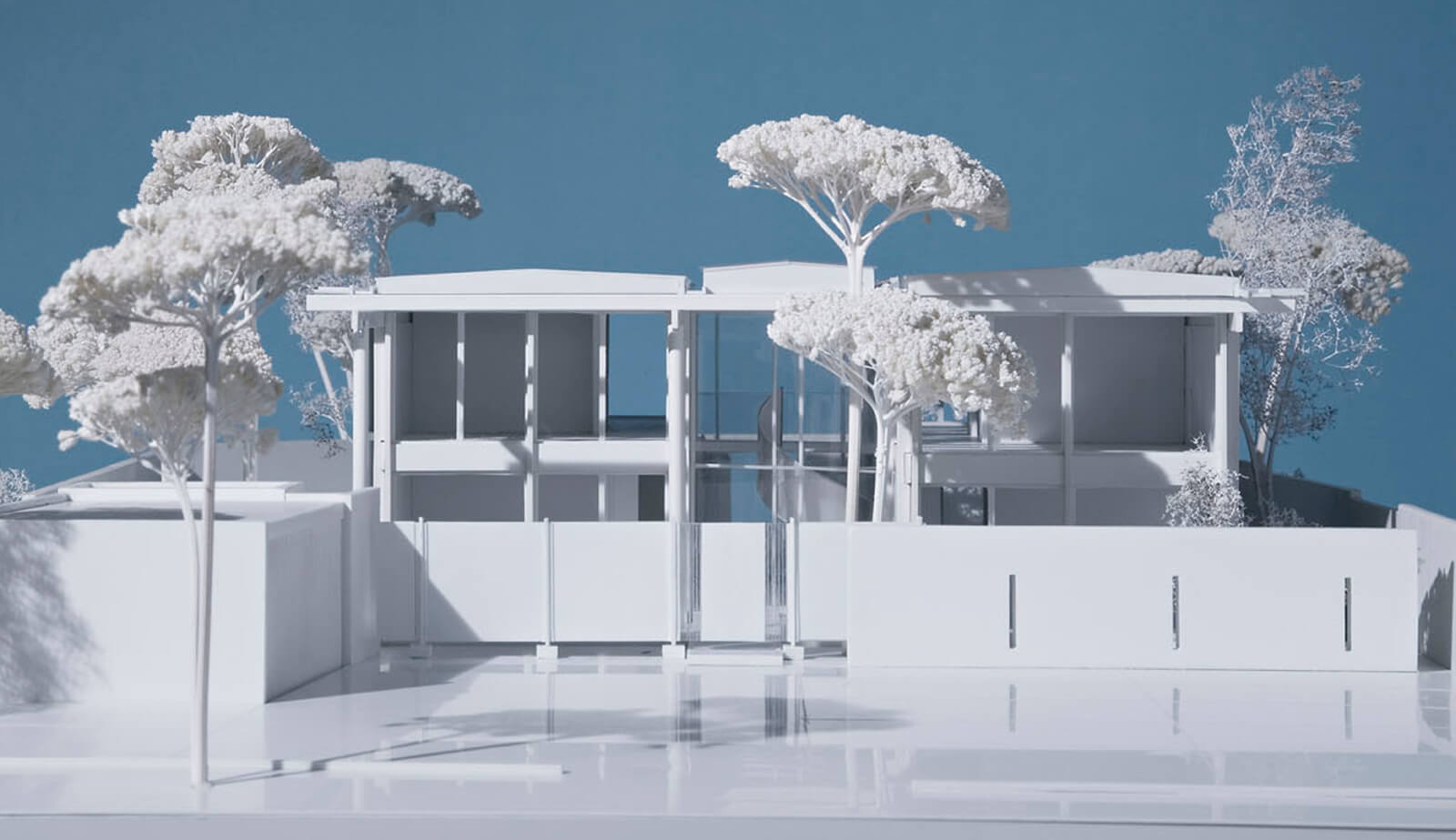 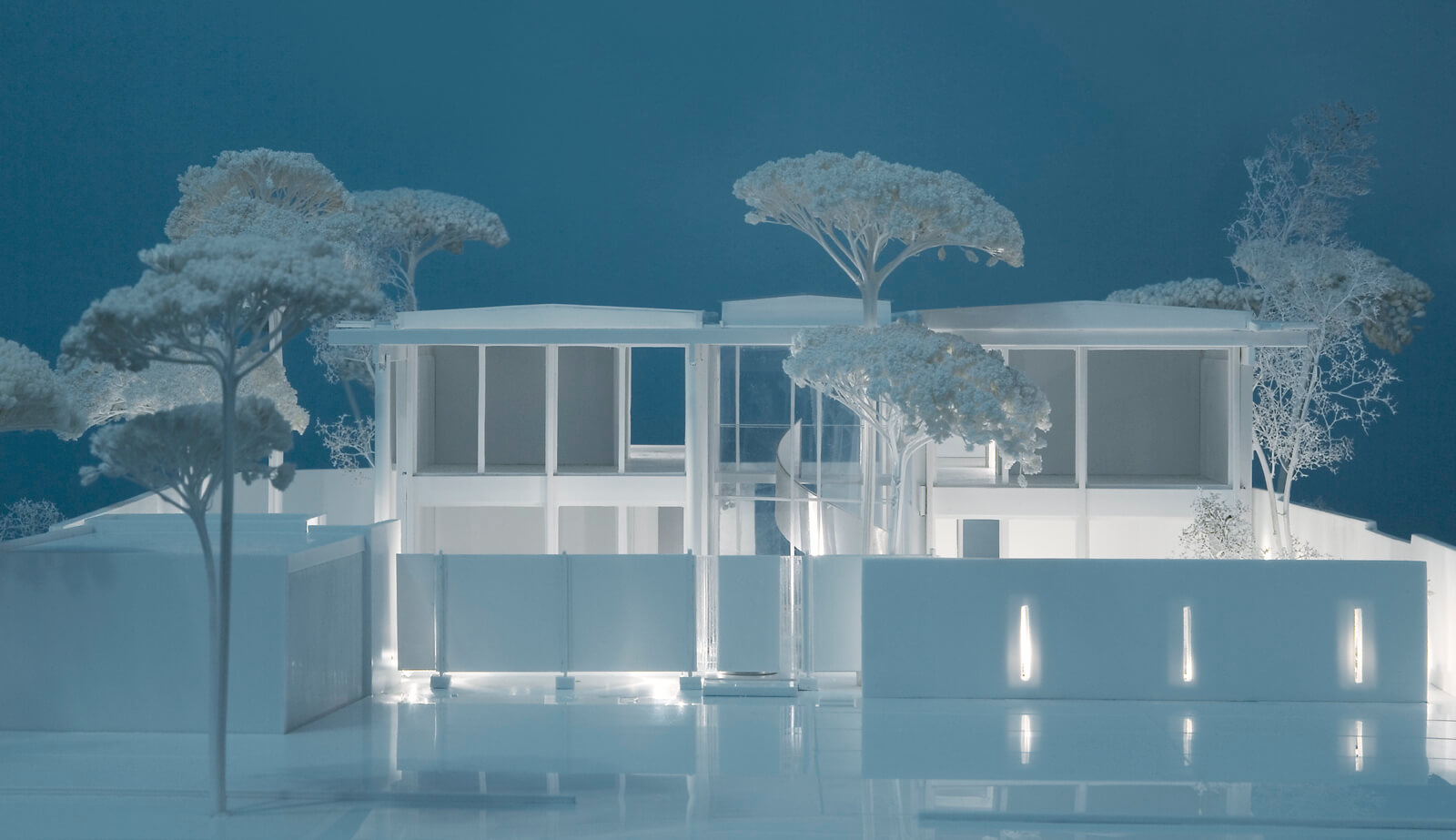 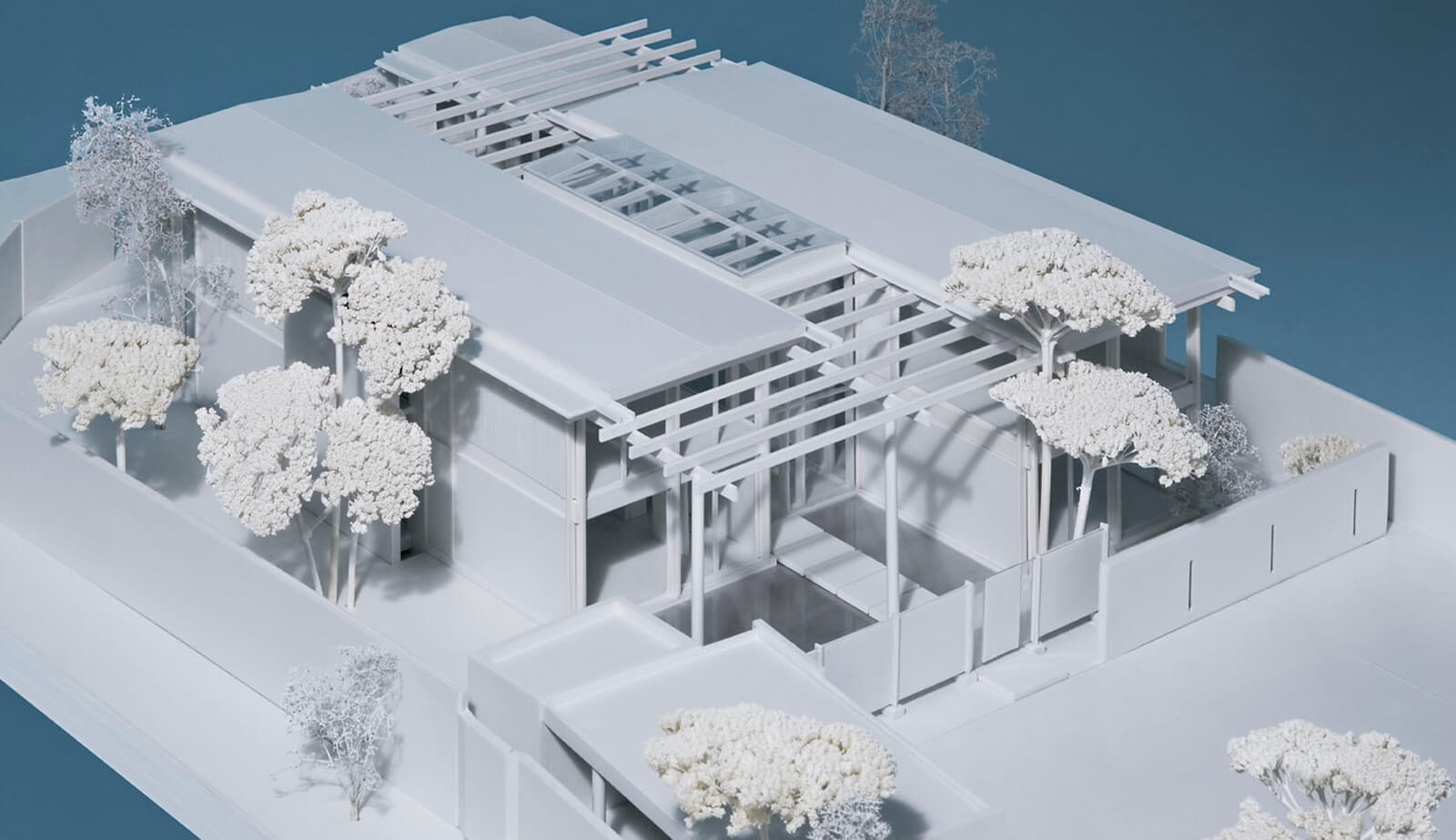 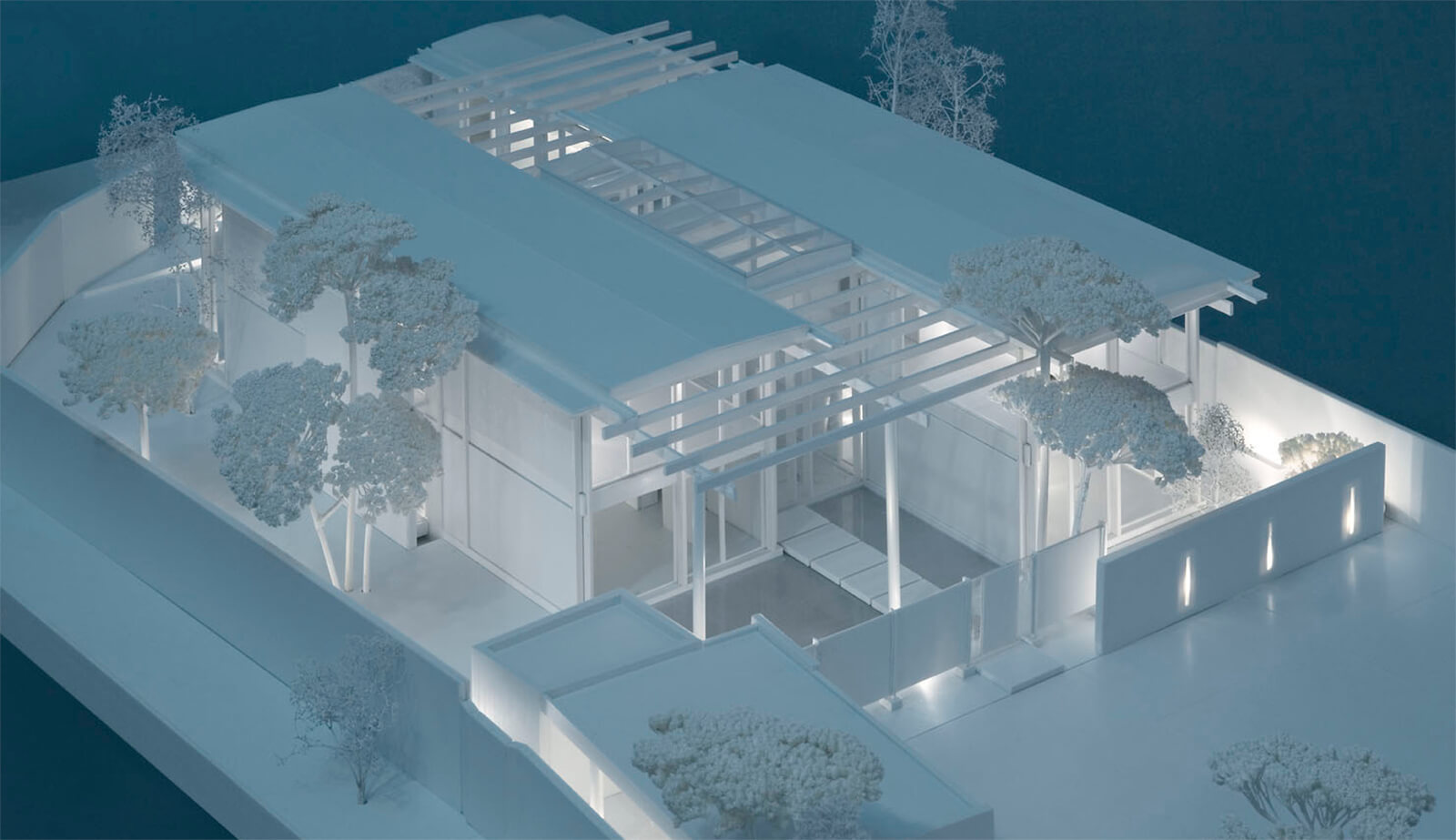 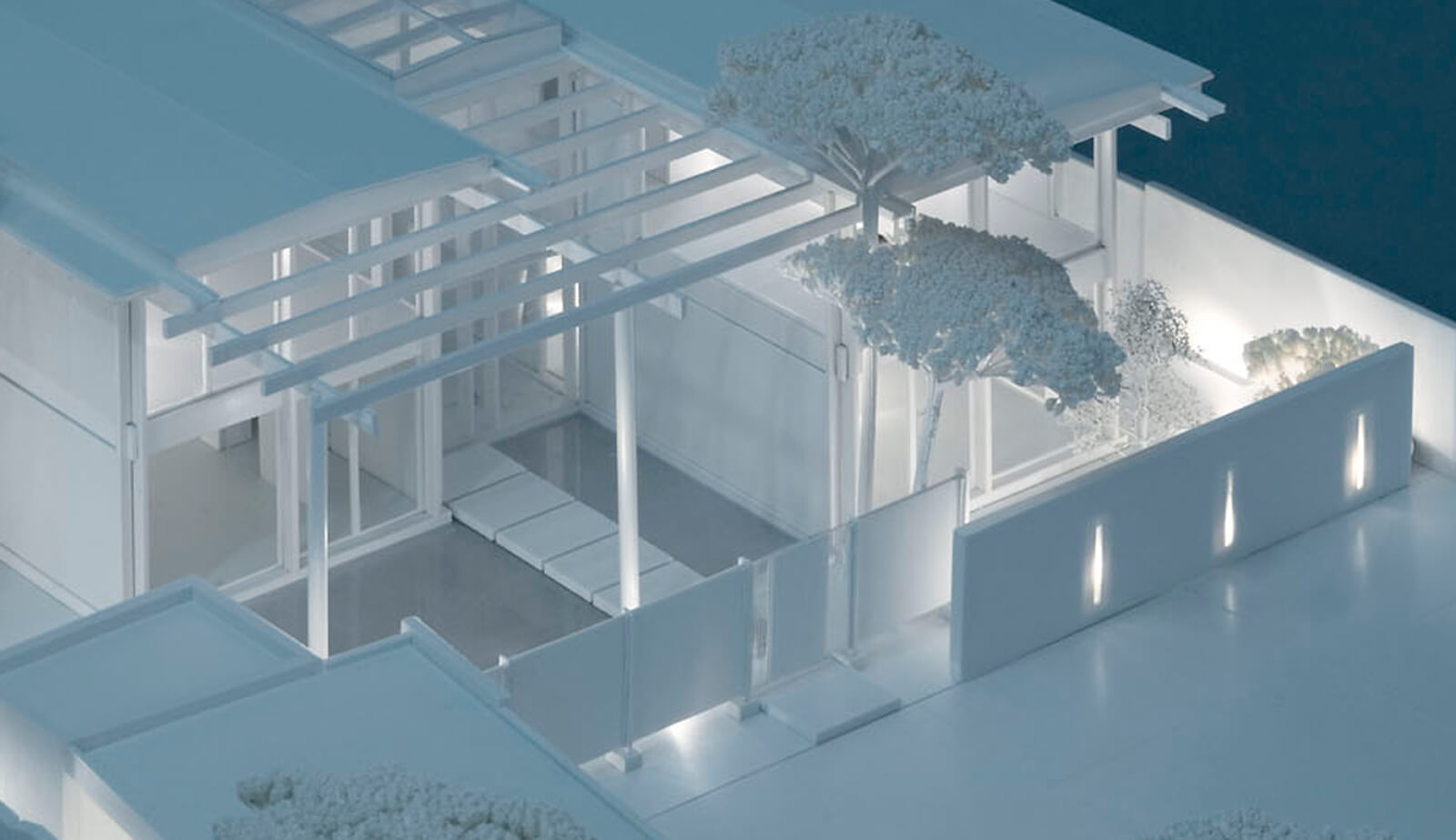 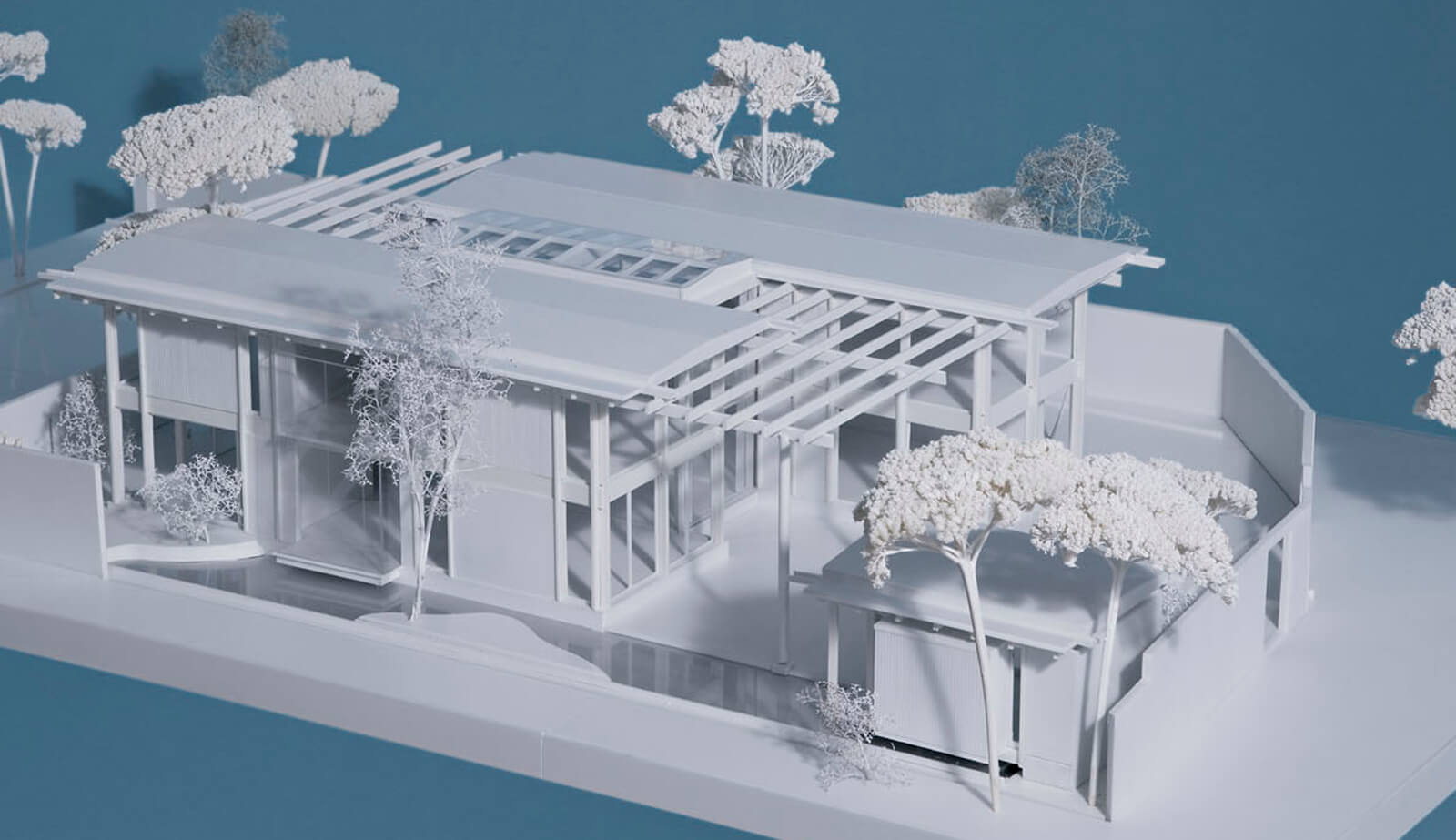 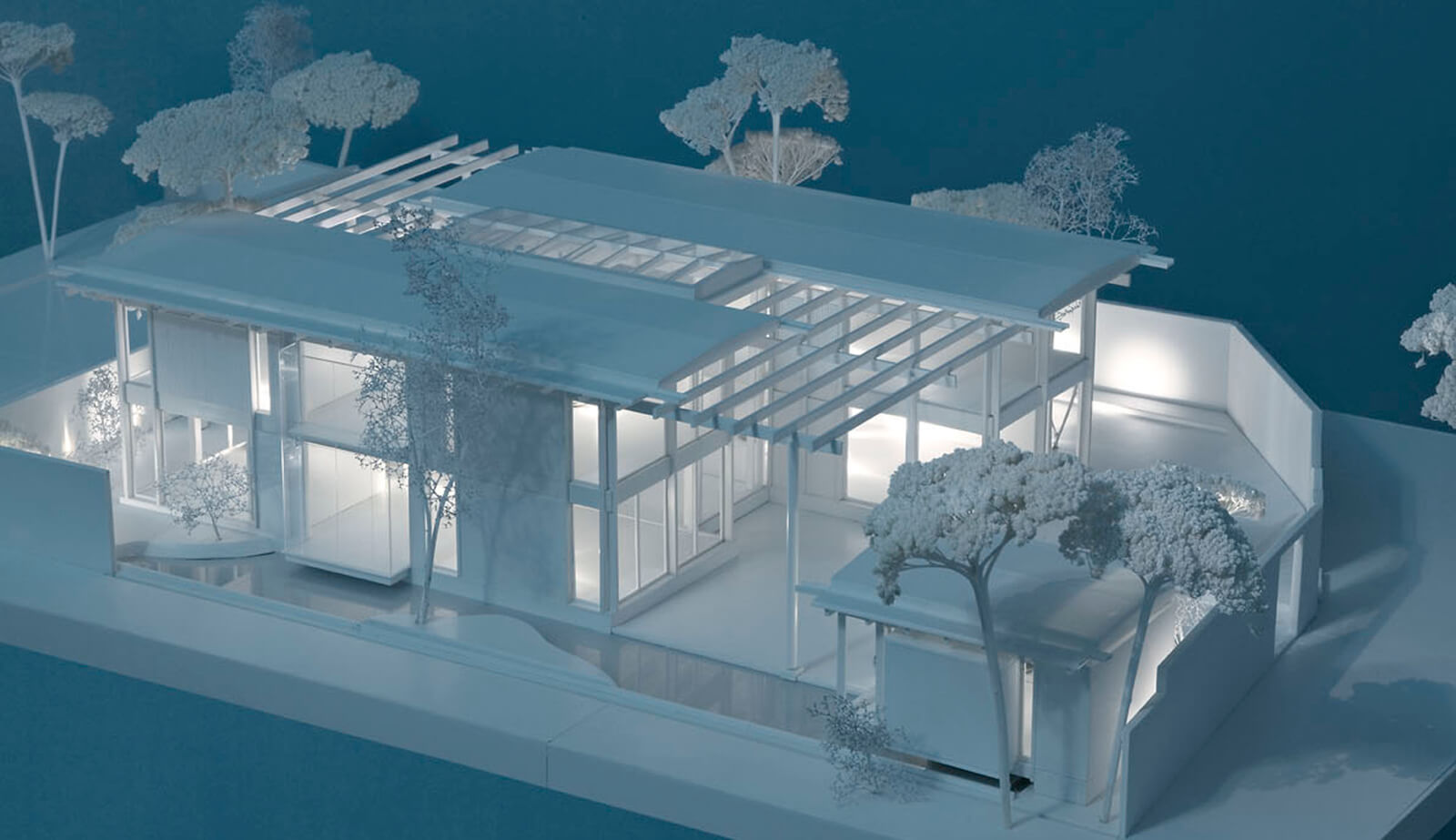 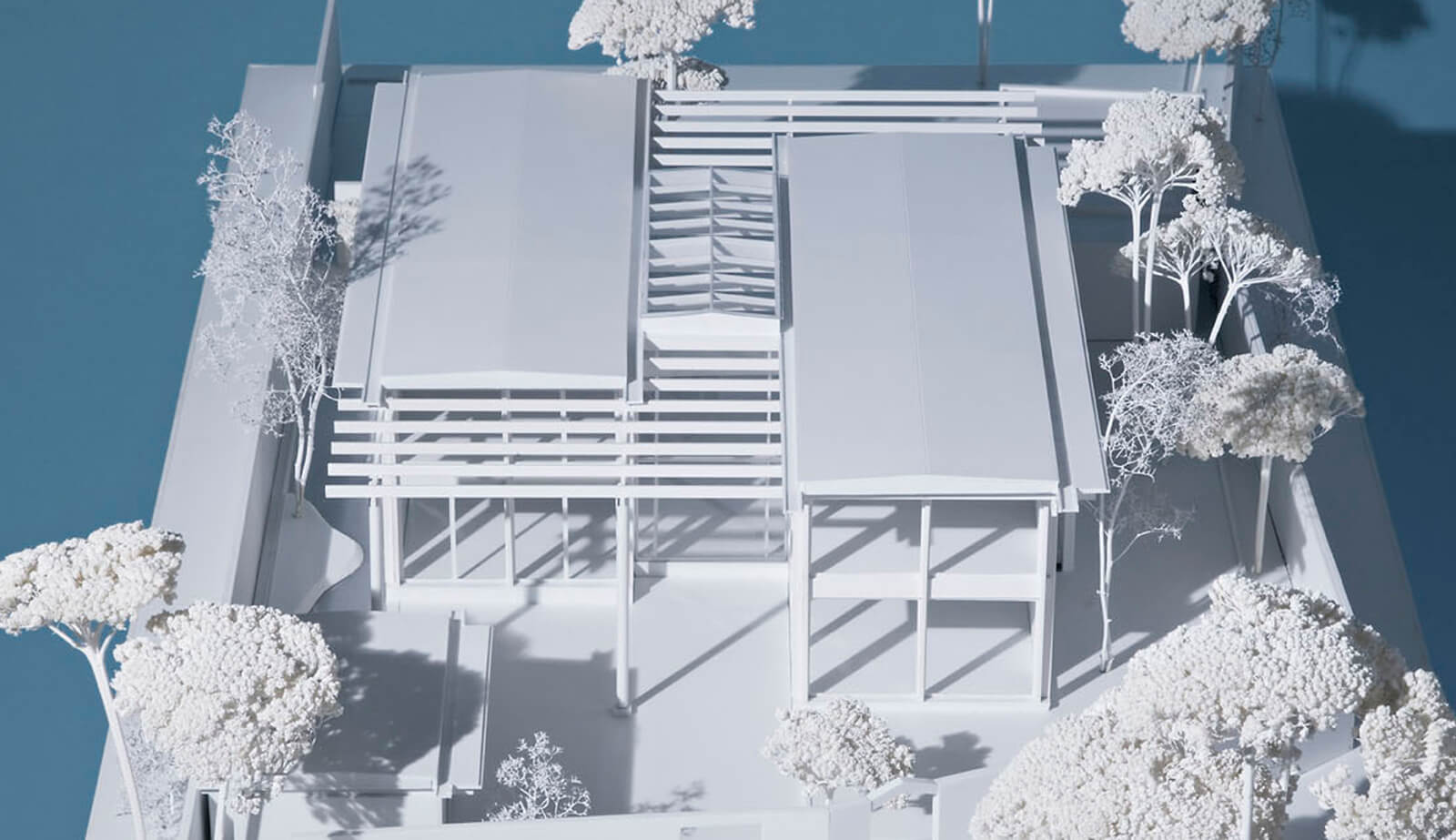 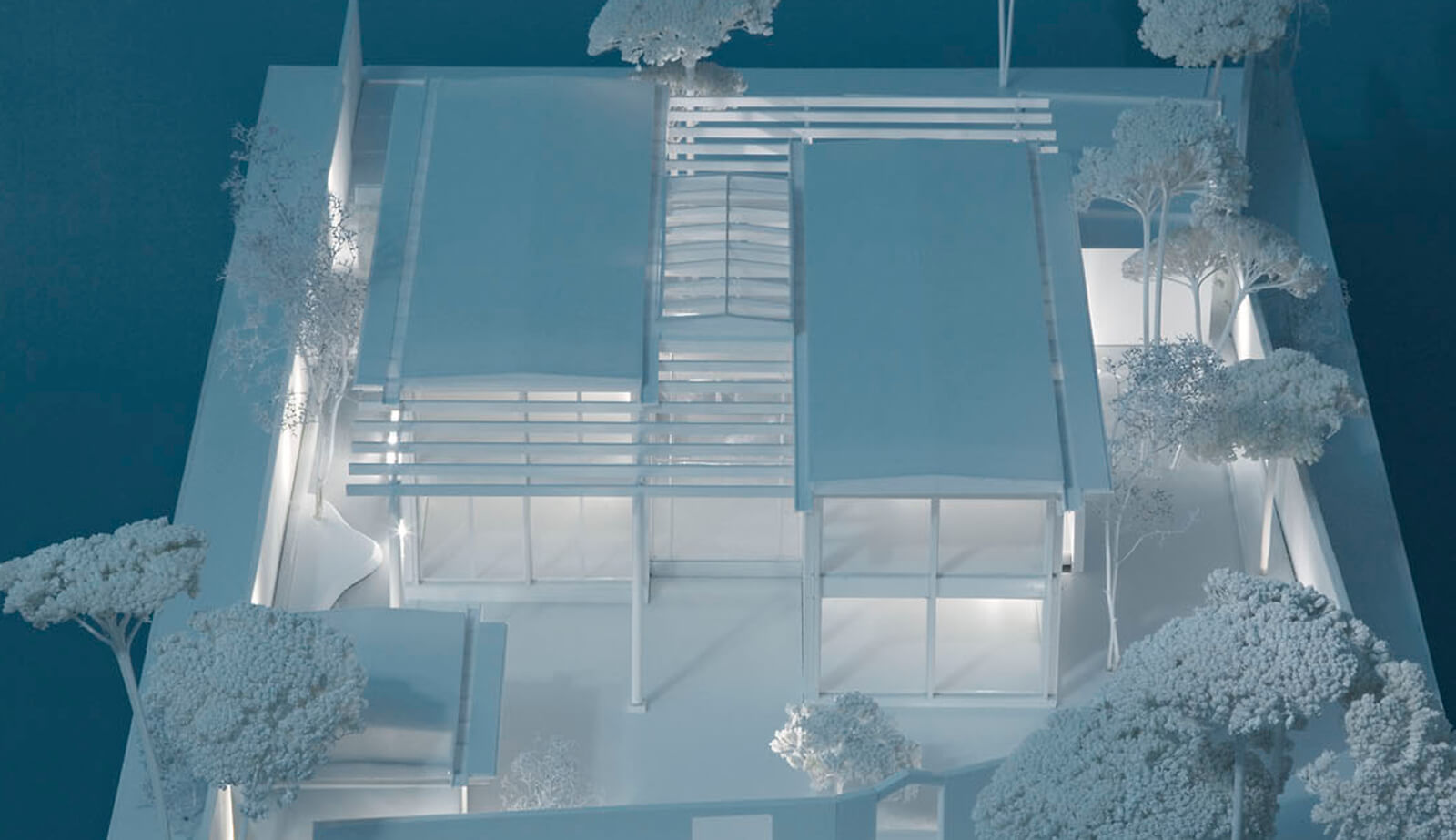